Nazi Known As 'Bookkeeper Of Auschwitz' Dies Before Serving Time 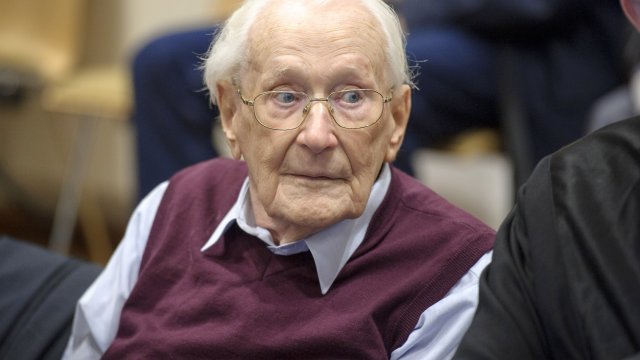 The former Nazi officer known as the "bookkeeper of Auschwitz" has died without serving any of his sentence.

Oskar Groening died Friday, according to German media. He was 96.

Groening was convicted in 2015 of being an accessory to the murder of 300,000 people at the death camp, but he avoided serving his four-year sentence by requesting multiple appeals.

In January, a German court denied Groening's requests to suspend his sentence due to his advanced age and ruled he would have to serve his time.

Of the roughly 6,500 Auschwitz guards who survived World War II, less than 50 were convicted. More than 1 million people died at that camp alone.