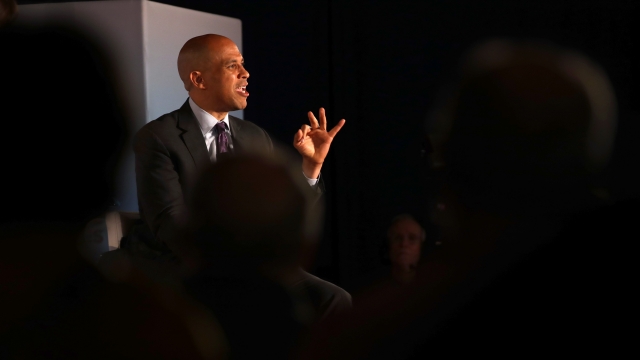 Sen. Booker wants to see criminal justice reform in the U.S., and he called out the disparity between marijuana possession and violent crime arrests.

Sen. Cory Booker has made criminal justice reform a central tenet of his presidential campaign, and he believes changing the country's drug laws is an important step in that process.

"We have people who can't get jobs, can't get business licenses because of nonviolent drug crimes. And especially at a time when we're legalizing things like marijuana. In 2017, we had more marijuana possession arrests in our country than all other violent crimes combined. And so I'm going to fight to end this," Booker said in an interview with a Las Vegas news station.

The Democratic presidential candidate has made similar statements before in his quest to legalize marijuana, and his facts are spot on.

The best source of national arrest data is the FBI's Uniform Crime Reporting Program. It pulls together information from law enforcement agencies from across the country. It's not 100% comprehensive, but it gives a pretty complete look at crime statistics in America.

We'll start with 2017, as that's the year Booker specifically mentioned. The FBI estimates there were over 518,000 arrests for violent crimes that year, which includes murder, non-negligent manslaughter, rape, robbery and aggravated assault. Compare that with the number of marijuana possession arrests, which was over 599,000.

And that comparison holds true for more than just 2017. We looked at the FBI data for the past decade and found that every year, more people were arrested for marijuana possession than violent crime.