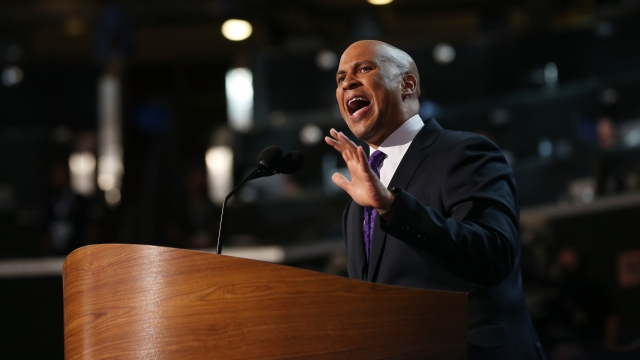 During a town hall on CNN, Sen. Cory Booker mentioned the rise in white nationalism and hate crimes in the U.S. And he criticized President Donald Trump for not doing enough to combat those problems.

Is Booker right in saying the Trump administration cut funding to domestic terrorism investigations? Not really.

Investigating terrorism typically falls under the jurisdiction of the FBI, which is part of the Department of Justice. We looked at how much money the agency had for counterterrorism and counterintelligence in the past few years. Granted, that's a pretty broad category of work, but we didn't find any noteworthy cuts in funding.

Booker's statement called out funding for the Department of Justice. But when asked for his source, his office pointed our partners at Politifact to programs that fall under a different department: Homeland Security.

One program his office cited was the Countering Violent Extremism program. That's a $10 million grant Congress approved in 2016, and, as its name suggests, it's aimed at preventing the spread of violent extremism and reducing recruitment for terrorist groups. In the final days of Barack Obama's presidency, his administration announced it would award the money to 31 different organizations. The list of grantees changed after President Trump took office, but the amount of money handed out was largely the same. And it should be noted this grant money was for preventing the spread of extremism, not investigating it.

Booker's argument runs into similar issues with another program his office cited: the Complex Coordinated Terrorist Attacks program. That's a grant aimed at helping jurisdictions respond to multi-pronged terrorist attacks, like the one in 2015 that killed 130 people in Paris. But again, this program is not part of the Department of Justice, and it's not focused on investigating terrorism.

Booker tried to criticize President Trump by saying his administration cut funding for domestic terrorism investigation, but the senator erred on a couple counts. The programs his office referenced are part of the Department of Homeland Security, not the Justice Department. And those specific grants are focused on reducing the spread of extremism or helping communities put together a terrorism response plan, not investigating terrorism.