Bono Apologizes After His Charity Is Accused Of Bullying And Abuse 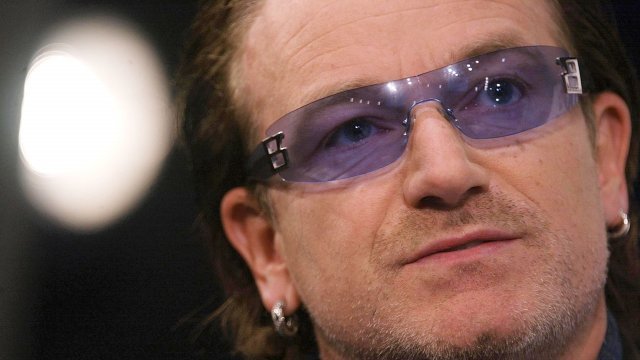 Musician Bono is apologizing after a charity he co-founded was accused of bullying and abuse. Those allegations led to an investigation by The Daily Mail.

The accusations against anti-poverty charity One include a claim that a female employee was demoted after she refused to "be intimate" with a foreign government official. The Daily Mail also reports One's African branch did not pay taxes between 2010 and 2015.

Bono said things went "badly wrong" with the charity and that he was "deeply sorry" for the situation. He also said he wanted to meet the accusers so he could apologize in person.

The charity's CEO, Gayle Smith, admitted wrongdoing, saying The Daily Mail's investigation showed "what I would characterize as bullying and belittling of staff between late 2011 and 2015 in our Johannesburg office."

Smith said there was no corroborating evidence of the claim that anyone was demoted after refusing intimacy with a government official but that she wasn't discounting the claim.

Many of the allegations are lodged against former Africa branch Executive Director Sipho Moyo, who denies all wrongdoing.

One isn't the only U.K. charity currently facing a scandal. Oxfam was accused of covering up sexual misconduct by aid workers in reports published last month.