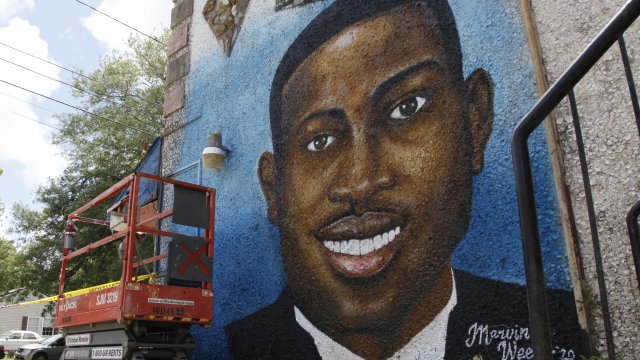 A judge has denied bond for the father and son charged in the killing of  Ahmaud Arbery.

The two-day hearing just wrapped up.

Gregory and Travis McMichael have been in custody since May after being caught on camera fatally shooting Arbery in February.

Prosecutors argued the McMichaels should be denied bond and read racist text messages from Travis McMichael, the man who shot and killed Arbery.

They also argued Gregory McMichael tried to obstruct justice and shared a voicemail he left the district attorney saying "I need some advice".

The defense reiterated its argument that the McMichaels were acting in self-defense and that bond should be granted because they're not flight risks.