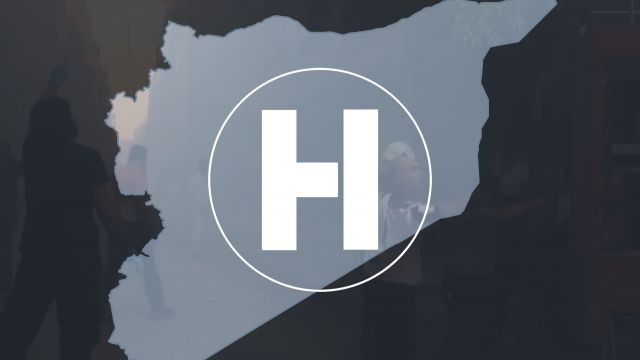 SMS
Syria's Hospitals Aren't Safe Zones — They're Targets
By Jake Godin
By Jake Godin
October 6, 2016
Hospitals have consistently been targeted throughout Syria, with one group counting as many as 382 attacks with 757 medical worker deaths.
SHOW TRANSCRIPT

Syria's hospitals are under attack.

Five hospitals, five, were hit with airstrikes and artillery fire in less than a week. Four were in eastern Aleppo; one was in the west-central province of Hama. Only Russian and Syrian aircraft are operating in those regions.

On Sept. 28, hospitals code-named M10 and M2 were bombed in east Aleppo. Two patients were killed, and four were injured. Three staffers were also injured. Both hospitals were knocked out of service.

Two days later, two more hospitals were damaged by indiscriminate bombing. One was a maternity hospital, the other a children's hospital. A blood bank was also damaged.

The next day, M10 was hit again. Two more patients died, and 13 others were injured.

The United Nations says eastern Aleppo's health care system is "all but obliterated."

These are only a handful of the attacks against medical facilities in Syria's over 5-year conflict.

In all, Physicians for Human Rights has documented almost 400 attacks, the majority of which it says have been perpetrated by the Syrian government.