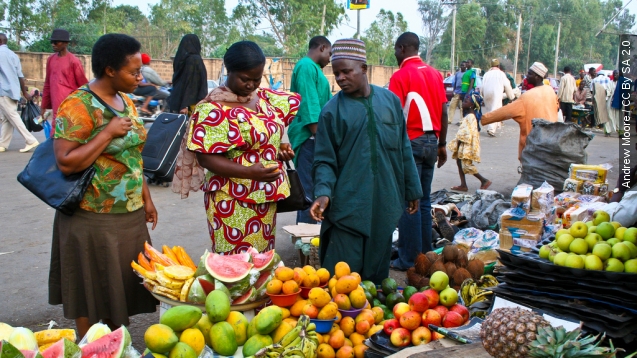 SMS
Bombing Near Nigerian Market Kills At Least 31, Injures Dozens More
By Melissa Prax
By Melissa Prax
November 18, 2015
While no one has taken credit for the bombing in the northeastern city of Yola, Nigerian officials say it's likely Boko Haram is responsible.
SHOW TRANSCRIPT

A bomb was detonated near a Nigerian open market and mosque Tuesday, killing at least 31 and injuring 72.

While no one has taken credit for the bombing in the northeastern city of Yola, Nigerian officials say it's likely Boko Haram is responsible.

The terrorist organization has taken thousands of Nigerian lives, in addition to kidnapping hundreds of girls last year that brought on a worldwide campaign pleading "Bring back our girls." (Video via Vice News)

According to the Global Terrorism Index for 2015, Boko Haram topped ISIS as the "deadliest terrorist group ... in 2014." Nigeria had a 300 percent increase in terrorist-related deaths, which was the largest increase across the globe.

Open-market bombings are common in Nigeria because many people gather there. In June, 27 were killed in a bombing at another market in Yola.

This video includes images from Getty Images and Andrew Moore / CC BY SA 2.0.