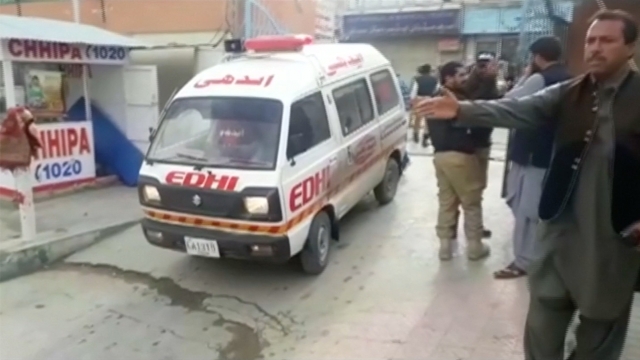 A bombing in western Pakistan killed at least 20 people and injured dozens more.

The bomb went off Friday morning in a market in Quetta. The city is home to a large community of Hazaras, a Shia Muslim minority. The death toll included at least seven Hazaras and one paramilitary soldier. Quetta's police chief told Al Jazeera that security forces escort members of the Hazara community to the market each day and that paramilitary soldiers and police were patrolling the area when the bomb went off.

According to CNN, a Sunni militant group claimed responsibility for the attack.