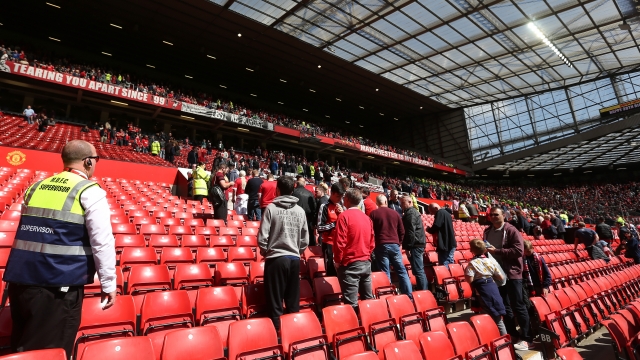 A Premier League soccer match was canceled Sunday after someone found a suspicious package.

Greater Manchester Police said bomb experts were on the scene at Old Trafford stadium, where they carried out a controlled explosion. They described what they found as an "incredibly lifelike explosive device" but said the device "wasn't viable."

It turns out it was actually a training device left behind from an earlier security exercise.

Manchester United was supposed to take on Bournemouth at the stadium. It was their last league match of the season.

Manchester United initially tweeted that the game was delayed but later said the match had been "abandoned ... on police advice."

The BBC reports two stands were evacuated and bomb-sniffing dogs were brought in.

Greater Manchester Police issued a statement applauding the efforts: "Everyone remained calm, followed instructions, and worked with officers and stewards to ensure that a safe evacuation was quickly completed. Those present today were a credit to the football family and their actions should be recognized."

The league said fans will get a refund plus a free ticket to a rescheduled game on Tuesday.

This video includes images from Getty Images and music from Chris Zabriskie / CC by 4.0.