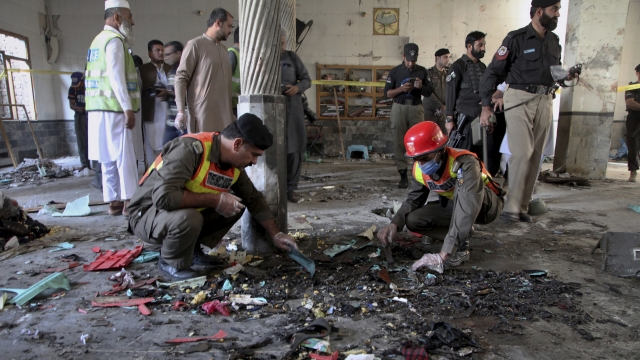 SMS
Bomb Kills At Least 8 People At Islamic Seminary In Pakistan
By Bailey Vogt
By Bailey Vogt
October 27, 2020
At least 136 more were wounded in the explosion near Peshawar, Pakistan.
SHOW TRANSCRIPT

At least eight people in Pakistan are dead Tuesday after a bomb went off at an Islamic seminary.

Officials said an additional 136 people were wounded in the blast.

No one immediately claimed responsibility for the attack on the Islamic school, located in northwestern Pakistan, near the border with Afghanistan.