Bolton: US Could Sanction European Companies Doing Business With Iran 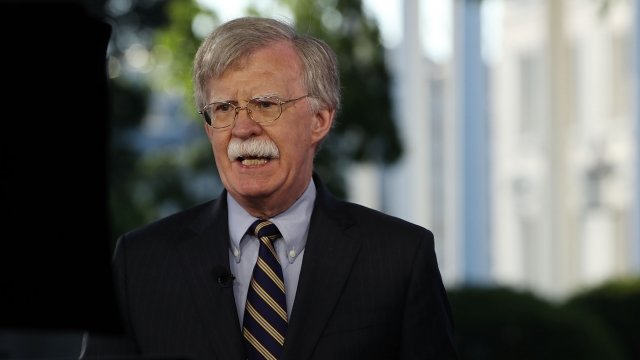 SMS
Bolton: US Could Sanction European Companies Doing Business With Iran
By Ethan Weston
By Ethan Weston
May 13, 2018
Bolton's statement comes as Iran's foreign minister begins a tour of the five nations still in the Iran nuclear agreement.
SHOW TRANSCRIPT

President Donald Trump withdrew the U.S. from the 2015 Iran nuclear agreement Tuesday. Britain, France, Germany, Russia and China are still signed on to the deal.

In a joint statement, the leaders of France, Germany and the United Kingdom said they remain committed to the deal. 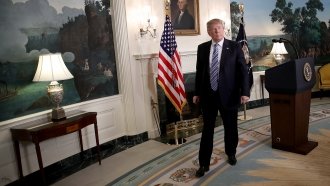 The President Claimed The Iran Deal Expires In 7 Years. It Doesn't.

Iran's president is also pushing for the deal to continue. President Hassan Rouhani said Sunday the country would remain in the deal if the other signatories continue to follow the agreement.

But there are those within Iran's government who are less certain of the agreement's longevity. A senior cleric and the head of Iran's revolutionary guard have warned against trusting foreign countries.