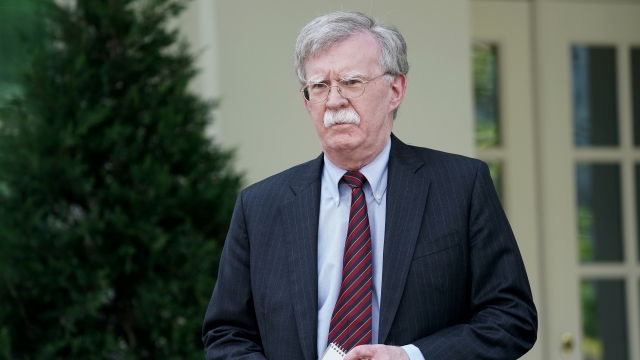 Former national security adviser John Bolton accused the White House of blocking him from using his personal Twitter account after he stepped down.

The White House denied that allegation to CNN.

Bolton returned to Twitter on Friday after not posting since mid-September. He wrote: "Glad to be back on Twitter after more than two months. For the back story, stay tuned."

He went on to allege the White House "suppressed" his personal Twitter account after he left the administration and "refused" to give him access to it. He also wrote: "Out of fear of what I may say? To those who speculated I went into hiding, I'm sorry to disappoint!"

Some outlets have suggested Bolton's tweets may have been a nod to the ongoing impeachment inquiry.

Bolton told CNN the White House "attached software" to his Twitter account to keep him from accessing it and that Twitter unattached it. He did not elaborate.

But a senior administration official told CNN, "The White House did not block Mr. Bolton from accessing his personal Twitter account and wouldn't have the technical means to do so."

House Democrats see Bolton as a key witness and want him to testify in the impeachment inquiry. He has not made a public announcement about whether he'll do so.