Bolton Heads To Turkey, Israel To Talk US Withdrawal From Syria 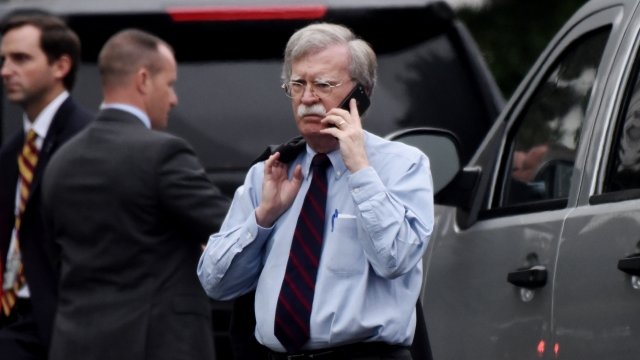 SMS
Bolton Heads To Turkey, Israel To Talk US Withdrawal From Syria
By Alec Larson
By Alec Larson
January 5, 2019
Bolton plans to meet with government officials in Turkey and Israel to discuss the president's recent decision to remove troops from Syria.
SHOW TRANSCRIPT

On the eve of the trip, Bolton reiterated that the U.S.' stance on the use of chemical weapons in Syria hasn't changed. He also said any such attacks after the U.S. withdraws its troops from the country would lead to "a very strong response."

Bolton and Secretary of State Mike Pompeo are on a Middle Eastern tour over the course of the next week to help ease U.S. allies' concerns after Trump's decision.

The U.S. military will reportedly have about four months to withdraw its troops from Syria. The president had originally ordered the Pentagon to remove all American forces within 30 days, but he later backtracked on that timeline following criticism and former Defense Secretary Jim Mattis' resignation.