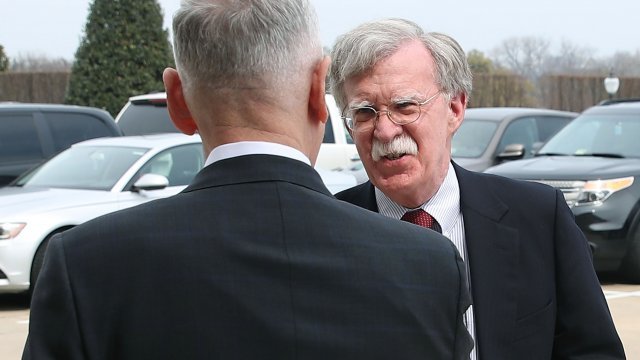 John Bolton just started as the new White House national security adviser — and he already has plenty of issues on his plate.

His first order of business will likely be in Syria, where the Assad regime is accused of using chemical weapons in the rebel-held town of Douma. President Donald Trump has bombed the Syrian regime after similar incidents in the past; Bolton's likely to support a similarly aggressive move now.

Trump is currently wrestling with the Pentagon over how committed the U.S. should be to Syria. It's not clear where Bolton falls on that debate; he called for building a new nation in Iraq and Syria in a 2015 opinion article but dismissed the Syrian conflict as "a strategic side show" a few weeks later.

For Bolton, the real threat in the Middle East is Iran — and he's going to have a chance to do something about that very soon.

May 12 is the White House's latest deadline to recommit to the Obama-era deal constraining Iran's nuclear program. Bolton's predecessor, H.R. McMaster, helped keep a skeptical Trump from ripping up the deal; Bolton is more likely to hand the president a paper shredder.

Bolton's presence in the White House could also influence the prospective talks between Trump and North Korean leader Kim Jong-un. Bolton has been skeptical of the recent diplomatic efforts, and penned an article in February speculating about a military first strike on the North. 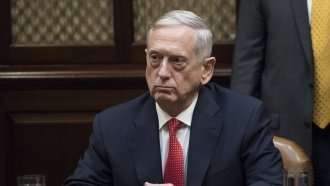 But before Bolton can really throw his weight around on these issues, he'll have to establish himself in the White House first. Foreign Policy reports Bolton is already planning to replace dozens of members of the National Security Council once he's in place.

And change is already coming. The council's spokesman Michael Anton, an early advocate for Trump's foreign policy, announced his resignation a day before Bolton entered the White House — though it's not clear if the two events are related.