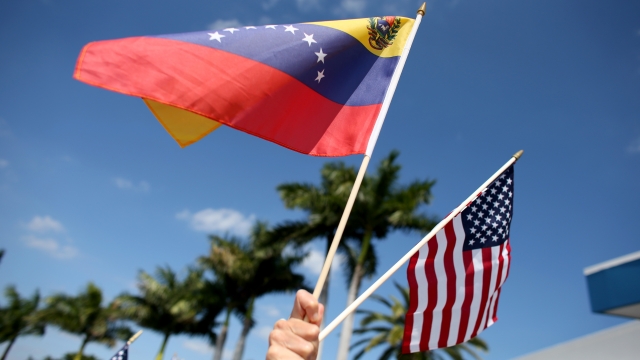 U.S. national security adviser John Bolton says any violence or intimidation against U.S. diplomats in Venezuela or Venezuelan opposition leader Juan Guiado will be met with "a significant response."

He made the statement in a tweet on Sunday, saying such threats would QUOTE "represent a grave assault on the rule of law."

Tensions are high between the American and Venezuelan governments. Last week, opposition leader and head of the Venezuelan National Assembly Guiado declared himself interim president. The U.S. jumped in to support him and was joined by over 20 countries, overstepping Venezuelan President Nicolás Maduro, who was sworn in for his second term in office earlier this month.

Many countries refused to recognize that Maduro was re-elected to begin with, claiming the vote was rigged and criticizing Venezuela's election process. That's, in part, because many opposition parties boycotted the vote and some opposition leaders were barred from participating in the first place.

Maduro cut relations with the U.S. last week, giving American diplomats just a few days to pack up and get out of the country.

But the Venezuelan Foreign Ministry withdrew that order, allowing diplomats to stay in the country for now and giving both parties 30 days to set up "interest offices" in each other's countries. Such offices are used when the countries don't have formal diplomatic relations but still want to maintain communications.