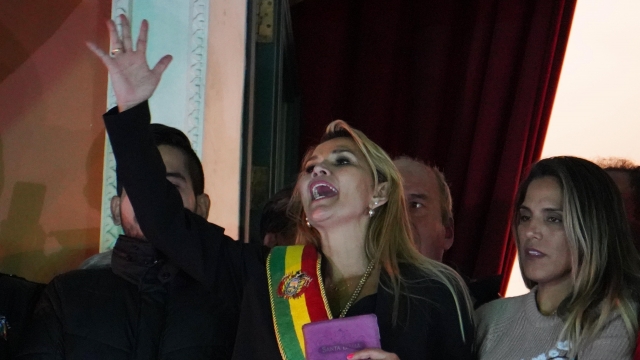 Bolivian Senator Jeanine Áñez has declared herself interim president, despite lacking the votes necessary due to the vote being boycotted by former President Evo Morales' allies.

Áñez made her declaration in front of Bolivia's Congress on Tuesday, invoking a constitutional clause that would make her next in line to rule following the resignations of Morales, his vice president and a handful of congressional leaders.

Áñez has reportedly pledged to hold a new election as soon as possible.

Morales, who has taken up political asylum in Mexico, resigned Sunday after weeks of protests over his disputed election and ongoing pressure from security forces. Morales contends he was forced to step down by the military.

President Donald Trump released a statement on Monday celebrating Morales' departure. He wrote: "After nearly 14 years and his recent attempt to override the Bolivian constitution and the will of the people, Morales's departure preserves democracy and paves the way for the Bolivian people to have their voices heard."

The U.S. State Department has ordered family members of U.S. government employees to leave Bolivia due to civil unrest and warned American citizens against traveling to the country.