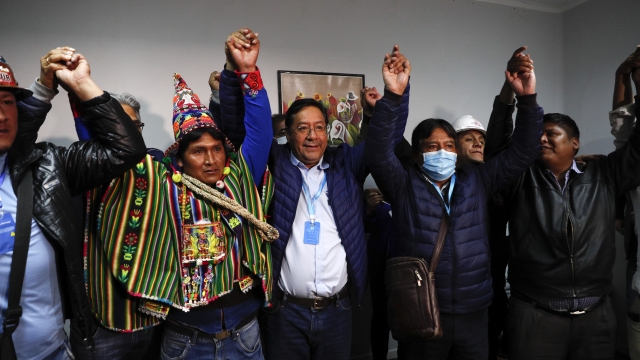 Evo Morales' party has claimed victory in Bolivia's redo presidential election after last year's was nullified amid allegations of fraud and days of unrest.

Polling station samples showed that Morales's successor, Luis Arce, was favored by a wide margin – a major boost to the country's socialist movement. But this isn't the first time Morales has prematurely claimed victory.

He was barred from running in this election as he faces prosecution after ignoring term limits last year and claiming he'd won the presidency – despite widespread protests and suspicion of fraud.

Morales then stepped down and fled the country – allowing the conservative party to take control.