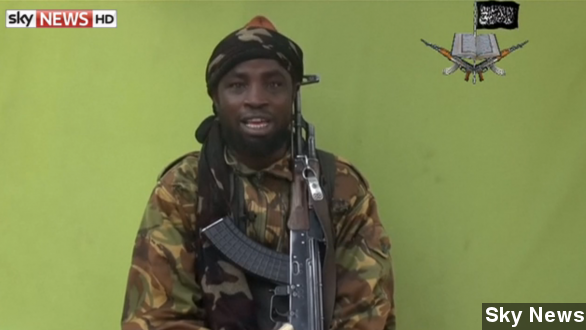 The militant Islamist group Boko Haram is continuing its reign of terror across western Africa.

"Boko Haram have kidnapped the wife of Cameroon's Vice Prime Minister and killed at least three others." (Via BBC)

Al Jazeera reports Boko Haram on Sunday crossed the border from Nigeria to the small town of Kolofata.

There, they found Cameroon's Vice Prime Minister and his wife in their home. The wife was taken after a brief gunfight, but the senior Cameroonian politician somehow escaped.

Boko Haram, which means roughly "western education is forbidden" in the regional Hausa language, was designated as a terrorist group by the U.S. State Department in 2013.

Its mission is to establish a Muslim state in northern Nigeria, and to that end they have killed hundreds of people in 2014 alone.

Yet the group may be most infamous for the kidnapping of 278 Nigerian girls in April, which ignited international protest and the popular hashtag "#BringBackOurGirls". The girls are still missing.

Slate reports that Boko Haram has escalated attacks into Cameroon recently. A Cameroonian commander was quoted as saying "The situation is very critical here now...the Boko Haram elements are still in Kolofata...in a clash with our soldiers." (Via Slate)

But the Cameroonian government is determined to prevent Boko Haram from gaining a foothold. (Via Sky News)

The state's Minister of Foreign Affairs announced on Saturday 1,000 troops would be sent to the border to combat Boko Haram. (Via The Nation)

And multiple reports say the government on that same day sentenced 14 militants to prison for between 10 and 20 years.

But any fight against the well-trained and motviated militants will be an uphill battle.

A Nigerian governor of an area hit hard by Boko Haram called the group "better armed and...better motivated than our own troops." (Via All Africa)

Cameroon's vice Prime Minister, Amadou Ali, previously served as the minister of Justice. He and his wife have three children. (Via Government of Cameroon)