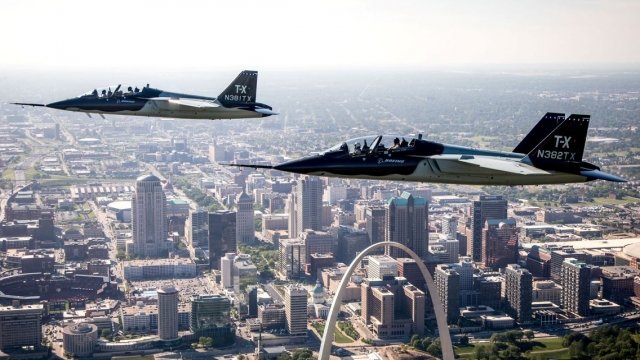 Since Monday, the United States' Air Force has awarded Boeing more than $11 billion in contracts.

Boeing won most of that — $9.2 billion — on Thursday when the Air Force awarded it a contract to build 351 new T-X training aircraft, 46 simulators and associated ground equipment.

The branch has used its current training jet model for nearly 60 years.

The Secretary of the Air Force says the new aircraft will provide the "advanced training capabilities" it needs "to increase the lethality and effectiveness of future Air Force pilots."

The first T-X aircraft and simulators are scheduled to arrive at Joint Base San Antonio-Randolph, Texas, in 2023.

On Monday, the Air Force also awarded Boeing part of a more than $2 billion contract to replace helicopters it uses to monitor the military's ballistic missiles.