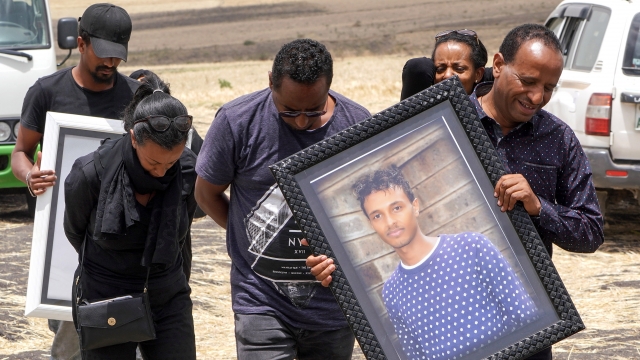 Boeing's going to start compensating the families of the people who died in two separate 737 MAX crashes.

Each family will reportedly get about $145,000. Boeing says the $50 million in financial assistance comes from a $100 million fund the company pledged to use for family compensation and the communities affected by the crashes.

Hundreds of families have reportedly already filed claims. It's important to note, that if they do file a claim, the families won't lose their right to sue Boeing.

Boeing's 737 MAX has been grounded worldwide since mid-March after software malfunctions potentially led to those crashes. Officials have said trouble with the planes' angle-of-attack sensors could have caused both crashes. Boeing's been testing some software fixes to get the planes back in the air.

It's unclear when planes will be approved to fly again. The FAA's newest leader said he has no timeline for making that decision. On Monday, the agency said each country will have to decide on its own when to lift the ban.