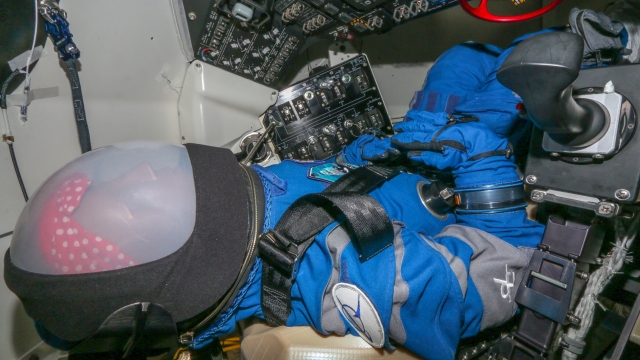 Boeing's new Starliner space capsule made a soft landing at White Sands Missile Range in the New Mexico desert Sunday morning. The successful return marked a victory for Boeing after the flight experienced technical difficulties and aborted its original mission.

"And lift off. The rise of Starliner and a new era of human space flight."

The launch itself was successful, but Boeing tweeted shortly afterward that the unmanned vehicle didn't insert into orbit as planned. The company revealed at a press conference that the timing system inside the vehicle had an error, so the Starliner burned too much fuel too soon.

It wasn't able to rendezvous with the International Space Station. But Boeing says the test still completed other objectives, such as demonstrating abort burn capability, space-to-space communication and the NASA docking system.

The ship was helmed by a mannequin for this first orbital test. Because the error was an automation issue, NASA says that if there had been astronauts in the aircraft, the problem would have likely been caught and the ship would have made it to the space station.

Astronauts currently use a Russian spacecraft to get to and from the space station. NASA awarded Boeing funds to build the capsule nearly a decade ago to become less dependent on the Russian ship. The Boeing Starliner is slated to start bringing astronauts to the space station next year. NASA told reporters it is too early to tell if this technical issue will delay the planned start date.

NASA also funded the development of SpaceX's Crew Dragon to transport astronauts from the U.S. to the space station. It also has a critical test coming up, likely in January.