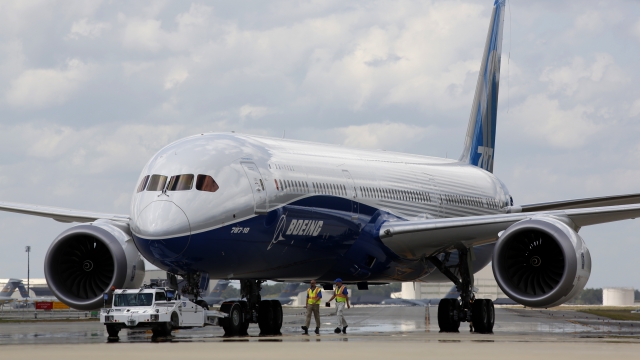 Boeing is pausing production of the 787 Dreamliner airplane in South Carolina after the governor issued a stay-at-home order because of the coronavirus pandemic.

Republican Gov. Henry McMaster issued a stay-at-home order Monday. He said the "rising infection rate" is what prompted the decision. McMaster has previously questioned the constitutionality of a stay-at-home order, and South Carolina is one of the last states to issue one. The order goes into effect Tuesday at 5 p.m. local time.

Boeing said it will temporarily shut down "until further notice," starting at the end of second shift on Wednesday. The announcement means all of Boeing's production of commercial planes are now paused. On Sunday, Boeing extended a shutdown of commercial airplane factories in Washington state that was originally only supposed to last two weeks.

Boeing said employees who can't work from home will receive 10 days' pay from the time their facility closes. After that, they can file for unemployment benefits or use PTO.