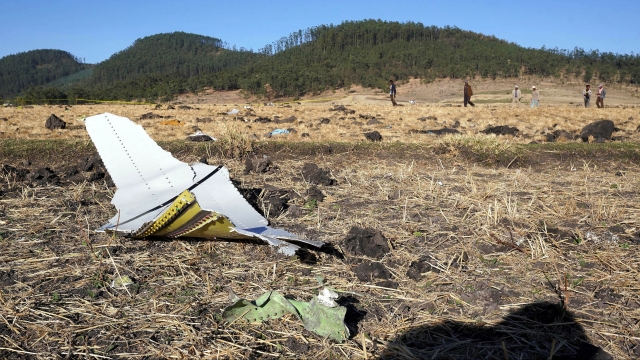 Boeing's shareholders are suing the company over the Lion Air and Ethiopian Airlines crashes.

The proposed class action lawsuit was filed in a Chicago federal court Tuesday. It accuses Boeing of defrauding shareholders by hiding possible safety failures in its 737 MAX aircraft.

Specifically, the lawsuit says Boeing touted the 737 MAX as the "safest airplane to fly the skies," while also only including features meant to address certain safety issues — like an automated stall prevention system — as "extras" or "optional features."

It says defendants "effectively put profitability and growth ahead of airplane safety and honesty."

Boeing's 737 MAX model is indefinitely grounded worldwide after two fatal plane crashes just a few months apart. Both planes crashed shortly after takeoff, killing all people on board. Both crashes are thought to be linked to a malfunction in the anti-stall feature.

Boeing says it's working on a fix for that system, but it isn't clear when the 737 MAXs will get back off the ground.

The suit demands a jury trial and requests compensation for "all damages sustained as a result of Defendants' wrongdoing" and legal fees.