Boeing Says It Fixed Flaws In Its 737 MAX Simulator Software 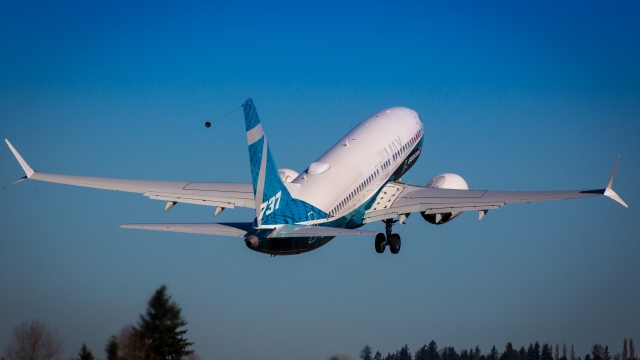 SMS
Boeing Says It Fixed Flaws In Its 737 MAX Simulator Software
By Katherine Biek
By Katherine Biek
May 20, 2019
The simulators were reportedly incapable of reproducing flight conditions that would occur after a plane's stall-prevention feature malfunctioned.
SHOW TRANSCRIPT

Boeing acknowledged flaws with the flight simulator software used to train pilots who fly its 737 MAX aircraft and said it has fixed those flaws.

The company's comments over the weekend came after The New York Times reported that Boeing's simulators were incapable of reproducing specific flight conditions that would occur after a plane's Maneuvering Characteristics Augmentation System, or MCAS, malfunctioned.

Preliminary reports on the 2018 Lion Air crash and the Ethiopian Airlines crash in March suggest pilots of both planes might have had trouble with that safety feature.

The MCAS pulls the plane's nose down automatically if data says the nose's angle is too high. But if the angle-of-attack sensor transmits false data, then the MCAS would force the nose of the plane down anyway — leading to a nosedive.

Last week, Boeing said it's completed a software update to fix that problem and that it's working to address FAA requests regarding additional pilot training.

It's unclear if the pilots in the two deadly crashes had been trained to fly their 737 MAX planes using the flight simulator software. The New York Times previously reported that both Boeing and the FAA had told airlines that pilots who had experience flying other Boeing models wouldn't need further simulator training, and that many pilots just learned about the 737 MAX's features on an iPad.