Boeing Reveals Some 737 Planes Could Have Faulty Parts 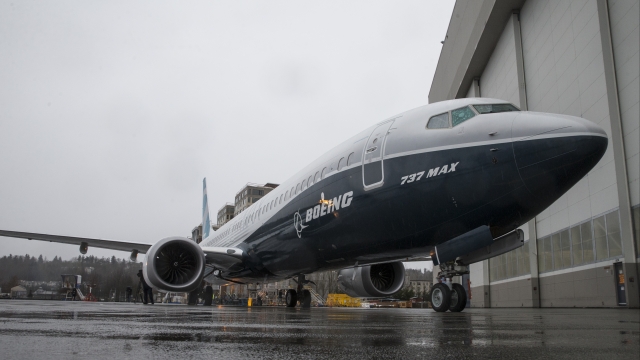 SMS
Boeing Reveals Some 737 Planes Could Have Faulty Parts
By Katherine Biek
By Katherine Biek
June 3, 2019
The parts were manufactured by one of Boeing's suppliers and were installed in both 737 MAX and 737 Next-Generation jets.
SHOW TRANSCRIPT

Boeing's discovered another problem involving some of its grounded 737 MAX aircraft.

It alerted the FAA that one of its suppliers "improperly manufactured" a part of an airplane's wing called a leading edge slat track. The tracks help guide the slats, which are deployed to temporarily change the shape of the wing during takeoffs and landings to help provide additional lift.

Boeing said it's already contacted airlines that fly 737 planes and advised them to check the slat track assemblies on their MAX and Next-Generation models. The latter is the third generation of Boeing's 737 series.

The FAA believes as many as 312 aircrafts could be affected worldwide by the faulty parts. More than 60 of those are in the U.S., but it didn't give any further details.

In a statement, the regulator said the affected parts "may be susceptible to premature failure or cracks resulting from the improper manufacturing process." While such a failure wouldn't bring a plane down, the FAA said it could damage it mid-flight.

The FAA plans to soon issue an Airworthiness Directive, giving airlines 10 days to "identify and remove the discrepant parts from service."