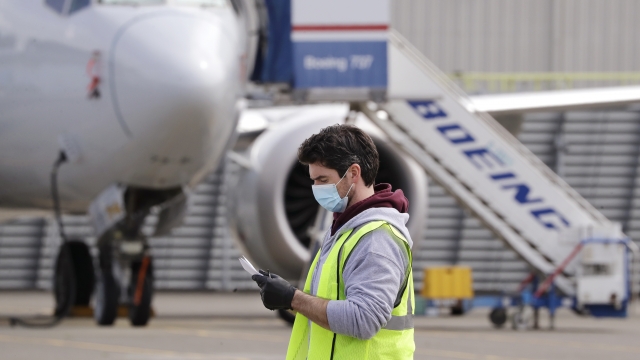 Boeing has restarted production of its 737 Max planes at its Renton, Washington, factory after two fatal crashes prompted groundings worldwide and later a pause in production.

The planes were grounded last year shortly after the second plane crashed, killing everyone aboard. Together, the crashes killed 346 people. Boeing suspended manufacturing in January, and the planes are still grounded.

On Wednesday, Boeing said it has started "building airplanes at a low rate as it implements more than a dozen initiatives focused on enhancing workplace safety and product quality."

The company's vice president of 737 manufacturing said, "The steps we've taken in the factory will help drive our goal of 100 percent quality for our customers while supporting our ongoing commitment to workplace safety."

The company said production of the 737 Max will gradually ramp up. The FAA has not certified the planes as safe to fly again.