Boeing Issues A Warning To Pilots After Indonesian Plane Crash 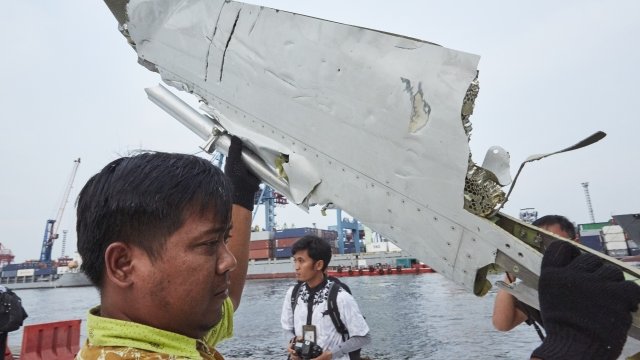 Boeing is issuing a safety warning to pilots after the deadly plane crash last month in Indonesia.

Boeing said in a statement Tuesday that the bulletin directs pilots on how to operate the plane during instances of incorrect readings from one of the plane's key sensors.

The company said Indonesia's National Transportation Safety Committee reported the plane that crashed had experienced "erroneous input" from one of its Angle of Attack sensors.

That sensor gives pilots a reading of "the angle between the oncoming air or relative wind and a reference line on the airplane or wing." Erroneous readings could cause the nose of the plane to point down sharply, according to NBC.

Divers retrieved the plane's flight data recorder and are still searching for its cockpit voice recorder.