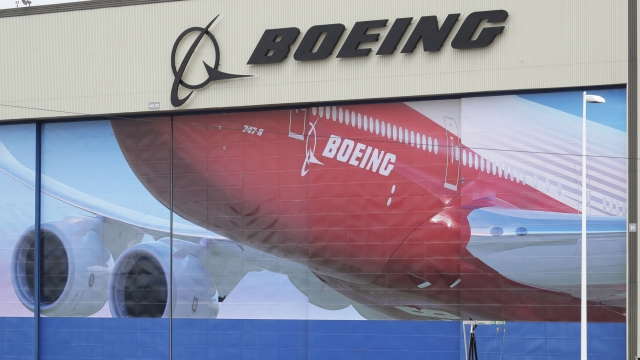 SMS
Boeing Extending Production Shutdown, Will Stop Regular Pay
By Bailey Vogt
By Bailey Vogt
April 6, 2020
The company said in an email it would not reopen as planned Wednesday and instead shut down indefinitely.
SHOW TRANSCRIPT

Boeing is extending its production shutdown in the Seattle area amid the coronavirus and stopping regular paychecks for 30,000 workers.

The company said it would not reopen as planned Wednesday and instead shut down indefinitely. Boeing said it reached the decision after assessing employees' health and safety, supply chain issues, government guidance and the continuing spread of the virus.

The shutdown will effect a little less than half of its 70,000 workers in Washington state and impacts mostly production workers.

Employees have been receiving their salaries during the previously announced two-week stoppage. But a spokesperson told The Seattle Times that, starting Wednesday, the workers will no longer be get their regular pay and will now have to begin using vacation or sick leave.

The airplane manufacturer reported 133 confirmed cases of COVID-19 among its employees on Friday, 95 in Washington state.