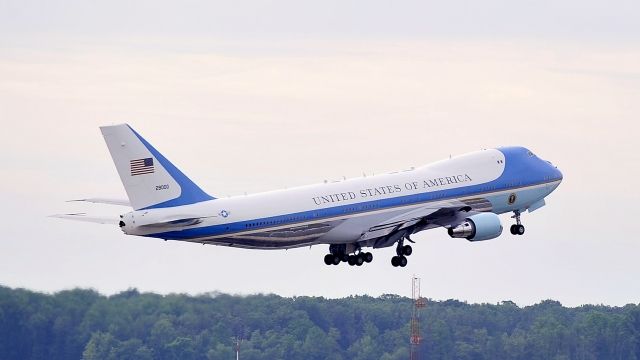 By Katherine Biek
December 22, 2016
This comes after Donald Trump tweeted about "out of control" costs.
SHOW TRANSCRIPT

Donald Trump tweeted about the "out of control" cost of a new Air Force One.

Then he talked about it more on national television.

"If we don't get the prices down, we're not going to order them. We're going to stay with what we have," President-elect Trump said during a call-in interview on the "Today" show.

On Wednesday, Boeing's CEO told reporters the company is committed to building a new plane for less than $4 billion.

It is possible a new set of Air Force One planes, which are large enough to carry the commander in chief, his staff and members of the media, were never going to cost that much to begin with.

Although NBC pointed out the total cost may be more by the time Boeing delivers the new four-engine aircrafts.

The goal was to have the new Air Force One planes ready to fly by the 2024 fiscal year. There's no word on whether Boeing's effort to keep costs down will change that timeline.