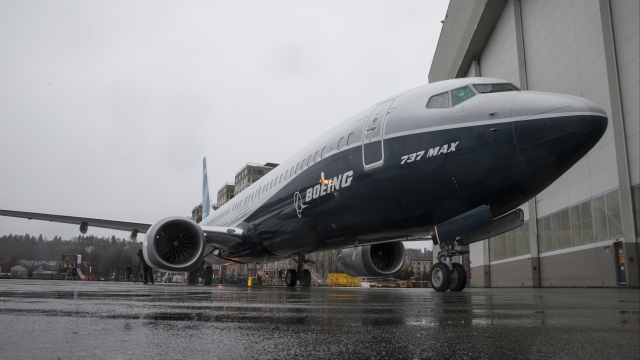 Boeing's CEO admitted on Sunday that failing to communicate a software issue with its 737 MAX aircraft to carriers was a "mistake" and "unacceptable."

Boeing previously admitted its engineers discovered an issue with a safety feature called the angle-of-attack disagree alert back in 2017. That alert is meant to tell pilots if the plane's sensors are transmitting false data about the pitch of the plane's nose.

That disagree alert was supposed to be a standard feature on all 737 MAX planes. But Boeing's engineers found it would only work if airlines also purchased a separate, optional feature.

Boeing said at the time it conducted a review and determined that the non-working alert "did not adversely impact airplane safety or operation." That review also concluded the two features could be "de-linked" in a subsequent software update.

Boeing disclosed its findings to the FAA after the Lion Air crash in October 2018. At the time, that agency also determined the non-working alert presented a "low-risk."

Investigators have yet to determine the exact causes of the Lion Air crash and the Ethiopian Airlines crash in March. But preliminary reports suggest pilots of both planes may have had trouble with the angle-of-attack sensors. Neither airline had paid for the optional indicator that was linked to the AOA Disagree Alert, according to The New York Times.

Boeing's been working on a software update for its 737 MAX aircraft. It'll need to undergo further testing in order to be certified by the FAA.