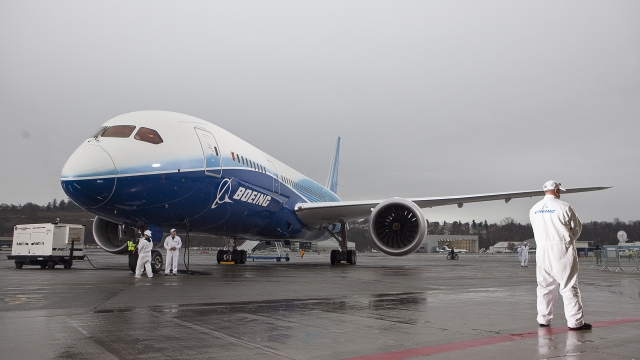 A former Boeing engineer is warning that passengers on 787 Dreamliner aircraft could be left without oxygen if an emergency occurred.

John Barnett told the BBC he discovered back in 2016 that faulty emergency oxygen systems had been installed in the planes. That oxygen system is the breathing mask that's supposed to drop from the plane's ceiling when there's a sudden decrease in cabin pressure.

Barnett worked for Boeing for 32 years as a quality control engineer. He said he ran some tests after discovering the potential flaw. Of the 300 oxygen systems he tested, Barnett said 75 of them did not deploy properly. He claims Boeing management stonewalled his attempts to investigate the issue further.

Barnett says he later complained to the FAA, but the agency didn't take action because Boeing had indicated it was already working on the oxygen problem.

Planes can lose cabin pressure when their doors are incorrectly sealed, windows crack or the pressurization system malfunctions. When this happens, one of Boeing's competitors, Airbus, says people on board have as little as 18 seconds of "useful consciousness" to get their breathing mask on before they pass out. If a person goes without oxygen for too long, brain damage and even death can occur.

Boeing denied Barnett's allegations. Though it did acknowledge that it removed some faulty oxygen systems from its Dreamliner production in 2017.

Other current and former Boeing employees have similarly complained about Dreamliner manufacturing at the company's South Carolina plant. They told The New York Times that Boeing repeatedly ignored their complaints regarding manufacturing errors and safety concerns in an effort to speed up aircraft production.