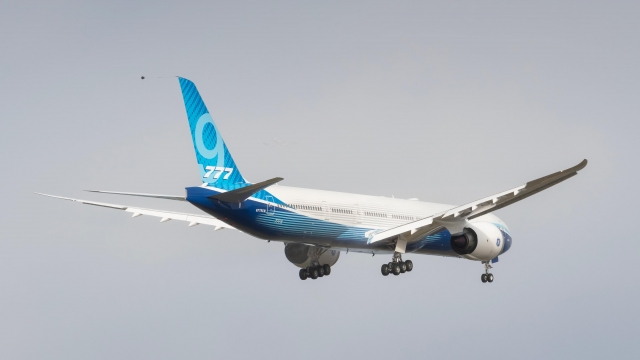 Boeing touts the 777X as the largest and most fuel efficient twin-engine jet in the world, claiming to have 10% lower fuel use, emissions and operating costs.

It was initially supposed to make the maiden flight on the 23rd, but was rescheduled twice due to high winds. The company explained that flight tests, especially first flights, have stricter wind requirements than for certified planes.

When the conditions were finally right on Saturday, the plane took off from an airfield in Everett, Washington and — taking a flight path designed to avoid populated areas — touched down in Seattle four hours later.

The company is working to rebuild its reputation after a year of fallout from its now-grounded 737 Max model.

More testing still needs to be done but Boeing says it's aiming to certify the 777X by 2021.