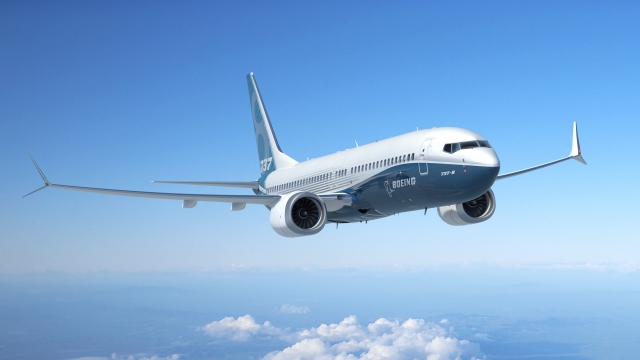 SMS
Grounded Boeing 737 MAX Jets Might Not Return To Service Until August
By Katherine Biek
By Katherine Biek
May 30, 2019
That's the prediction the director general of a global airline trade group gave reporters.
SHOW TRANSCRIPT

A global airline trade group believes Boeing 737 MAX planes will remain out of service for the majority of the summer travel season.

Aviation authorities across the globe grounded the jets back in March following two fatal crashes that killed 346 people.

Since then, Boeing's been working on a software update for the aircraft's Maneuvering Characteristics Augmentation System, otherwise known as MCAS, which pulls the plane's nose down automatically if data says its angle is too high. But if the angle-of-attack sensor transmits false data, then the MCAS would force the nose of the plane down anyway — leading to a nosedive.

The FAA already tentatively approved Boeing's update. But it'll need to undergo further testing in order to be certified by the U.S. aviation regulator.

The director general of the International Air Transport Association told reporters Wednesday that he estimates getting global regulators to sign off on the update will take "a minimum" of 10 to 12 weeks. That means the 737 MAX planes would remain grounded until at least mid-August.