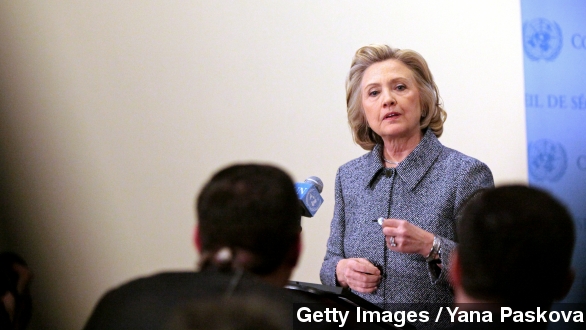 Hillary Clinton's use of a personal email account while serving as Secretary of State has already spawned several congressional investigations.

"Looking back, it would have been probably, you know, smarter to have used two devices, but I have absolute confidence that everything that could be in any way connected to work is now in the possession of the State Department," Hillary Clinton said Tuesday.

So what's one more? ABC reported Sunday that House Speaker John Boehner plans to launch an investigation of his own.

ABC's Jonathan Karl said, "Top House Republicans tell ABC News they expect Speaker John Boehner to announce a new House investigation next week into Hillary Clinton's email practices as Secretary of State — including her admitted destruction of some 30,000 emails that she determined to be purely personal."

It's not clear exactly what Boehner's new investigation will focus on, but Republicans have zeroed in on the fact that Clinton's own lawyers determined which emails counted as purely personal and which should be handed over to the State Department to be archived.

And there was their method for making that decision. A fact sheet released by Clinton's aides said emails were sorted into "personal" and "work" by the use of keyword searches, implying the emails were never actually read by her lawyers.

A spokesperson said Sunday that wasn't the case. "What was in the fact sheet were examples of techniques used by the reviewers to double and triple check they were capturing everything. This was NOT in lieu of reading them all, was in ADDITION to reading them all. We did not mean to imply otherwise."

That's not enough for Rep. Trey Gowdy, whose investigation into the Benghazi attacks helped uncover Clinton's use of personal email. He said Sunday he believes a third party should have reviewed the emails — and implied Clinton's email server could be the target of the House probe.

"If the public believes it is reasonable for her to turn over that server which contains public information to a neutral, detached arbiter ... then she'll be forced to do so. Otherwise, the House as an institution, may be forced to go to court to try to get access to that."