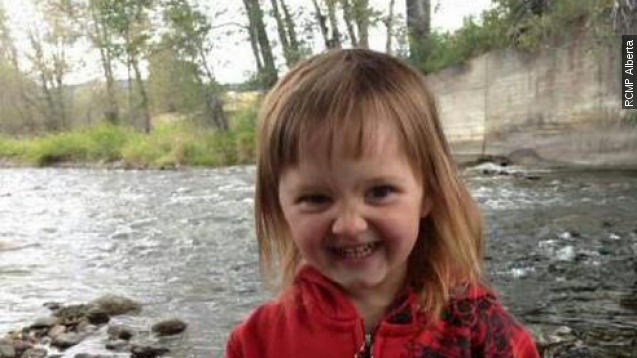 The body of a missing toddler abducted early Monday morning has been discovered in Alberta, Canada.

An Amber Alert was issued throughout several parts of Canada and into Montana after Hailey Dunbar-Blanchette's father, Terry Blanchette, was discovered dead inside their home Monday.

While the local authorities are not providing many details about their investigation, police superintendent Tony Hamori announced a 22-year-old suspect is in custody.

"His name is not being released due to investigational considerations at this time," Hamori said.

Hailey was only 2 years old.