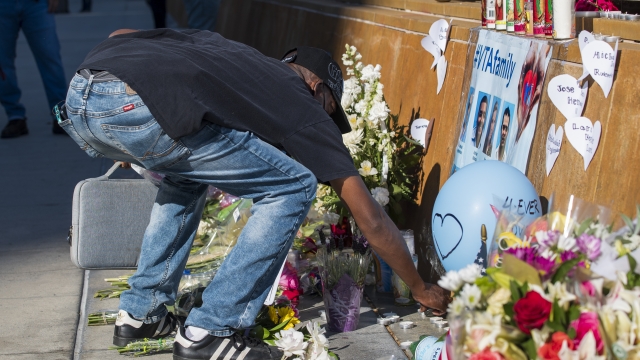 SMS
Body Camera Footage Of Response To Rail Yard Shooting Released
By Robin Dich
By Robin Dich
June 2, 2021
The footage is from a deputy who arrived within minutes after the shooting was first reported.
SHOW TRANSCRIPT

The footage is from a deputy who arrived within minutes after the shooting was first reported.

Shots were still being fired at the Santa Clara Valley Transportation Authority bus and rail yard in San Jose. A team of deputies and San Jose officers was immediately formed to find the gunman.

The team moved through the building and eventually found the gunman who had shot and killed himself.

The Santa Clara County sheriff said about 100 workers were on-site that morning and believes the quick response prevented the loss of more lives.