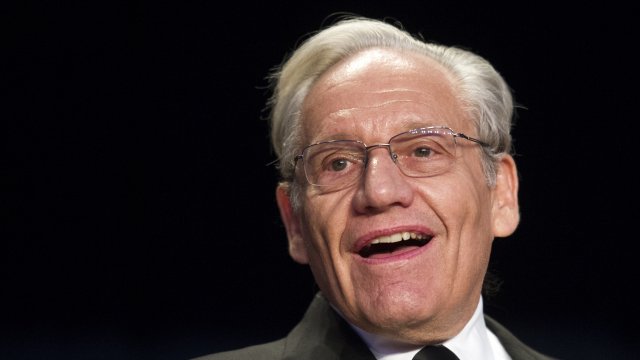 Longtime journalist Bob Woodward on Sunday gave more details about interviews in which President Donald Trump downplayed the threat of the coronavirus.

"Well, I think Bob really to be honest with you," said President Trump. "Sure, I want you to be," Woodward said during a phone interview."I wanted to, I wanted to always play it down, I still like playing it down because I don't want to create a panic."

"It was a stunning moment in the Trump presidency and, I think, in American history," said Bob Woodward. "Because he then went on to publicly dismiss the virus. And he knew that this was a pandemic coming."

Woodward told CBS's 60 Minutes that his hours of interviews with the president for his book "Rage" left him with one conclusion.

"I say the President is the wrong man for the job," Woodward said. "It's a conclusion based on evidence, overwhelming evidence that he could not rise to the occasion with the virus and tell the truth."

During a recent press conference, President Trump said he was aware that there were audio recordings of  the interviews but pushed back when he was asked if he was being truthful with the American people.

" I didn't lie, said President Trump. "What I said is we have to be calm, we can't be panicked."

During the appearance on CBS, Woodward said he and the President also discussed the threat the nation faced from North Korea and nationwide protests after the killing of George Floyd.

"Do you think there is systematic or institutional racism in this country?" Woodward asked the President.

Democratic nominee Joe Biden has blasted the President and has even used parts of the recordings in a TV ad.

"He knew and purposely played it down. Worse, he lied to the American people," said Joe Biden during a campaign event.