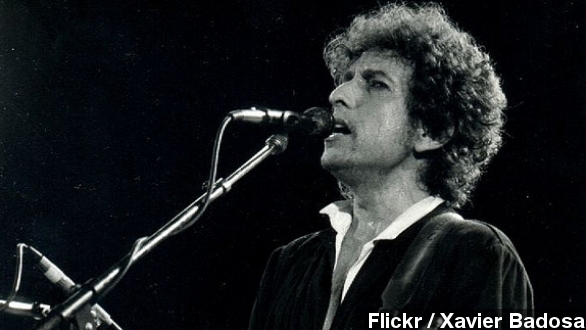 Can you put a pricetag on the greatest rock song of all time? Sotheby's is going to try when it auctions off original drafts of Bob Dylan's lyrics for "Like a Rolling Stone."

"Sotheby's is selling a working draft of the finished song in Dylan's own handwriting." (Via KSTP)

"The draft contains revisions, additions, notes and doodles. Dylan was only 24 when he recorded that song." (Via KARE)

Yes, you heard that right — up to $2 million. The pages go up for sale June 24, and here's why they might be worth the pricetag.

Dylan recorded the six-minute song in 1965. Over the years, it has been credited as changing the course of music history with its gritty, honest lyrics and vocals. (Via Sony Music Entertainment / Bob Dylan)

In 2011, Rolling Stone magazine named it the best rock song of all time. The article quotes Dylan admitting: "'Rolling Stone''s the best song I wrote."

And what's more, here's Bruce Springsteen at Dylan's Rock and Roll Hall of Fame induction talking about how it influenced him.

"The first time that I heard Bob Dylan, I was in the car with my mother. ... On came that snare shot that sounded like somebody kicked open the door to your mind, from 'Like a Rolling Stone.'" (Via Rock and Roll Hall of Fame)

Along with small drawings and notes, the marked-up lyric pages show how the iconic lyric "How does it feel?" could have gone instead. BBC picks out a few rhyming options, including "Get down and kneel," "raw deal" and "Shut up and deal."

In fact, the chorus that was recorded doesn't show up until the fourth page of the drafts. ITV showed print-outs of the pages to a poet, who was impressed with the care Dylan took.

"If you didn't know, I'd think it looks like a poet writing because of the care he's taking on the crossings out, the rewrites, the getting the rhyme to be so good." (Via ITV)

So, to give you some perspective, the record for most expensive handwritten lyrics is John Lennon's "A Day in the Life," which sold for $1.2 million in 2010, according to The Telegraph.