Trump Says These Cars Are Imported 'By The Millions' — They Aren't 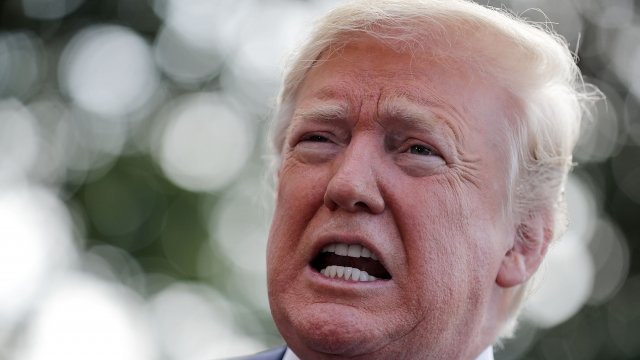 SMS
Trump Says These Cars Are Imported 'By The Millions' — They Aren't
By James Packard
By James Packard
July 5, 2018
The president said the EU sends Mercedes-Benz and BMW automobiles to the U.S. at a far greater rate than it actually does.
SHOW TRANSCRIPT

While speaking at the site of a planned FoxConn facility in Wisconsin, President Donald Trump said the European Union sends Mercedes to the U.S. "by the millions. The BMWs — cars by the millions."

Nope, it doesn't. If the president is talking about last year's imports, or any recent year, that claim is false.

The president's claim about BMWs and Mercedes coming into the U.S. by the millions was part of a larger point about leverage in negotiating fair trade deals.

According to the Center for Automotive Research, BMW and Daimler — which makes Mercedes-Benz — sold 729,000 cars in the U.S. last year. That's not millions. That's not even 1 million.

And the big three German automakers actually make a lot of cars here in the U.S. All told, the big three still import fewer than 1 million cars to be sold here.

If the president's point is that the EU as a whole sends the U.S. cars by the millions, he's still wrong. According to the European Automobile Manufacturers Association, the EU sent just over 1.2 million cars to the U.S. in 2016, and it was on track to send fewer last year. So, still not millions.