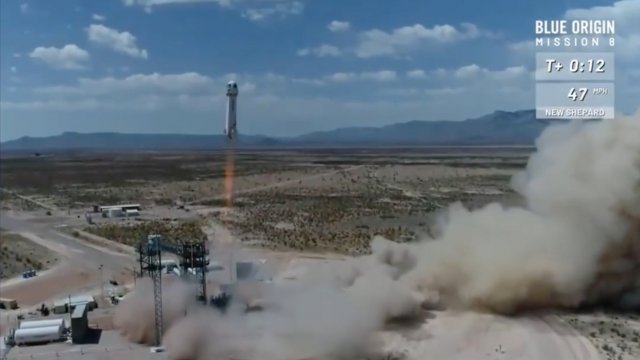 Blue Origin, the private space company owned by Jeff Bezos, has launched and landed its highest test flight to date.

It's also the company's first launch of 2018, the year Bezos said he plans to bring people to space for "space tourism."