Blue Origin Is The First To Launch, Land The Same Rocket Twice 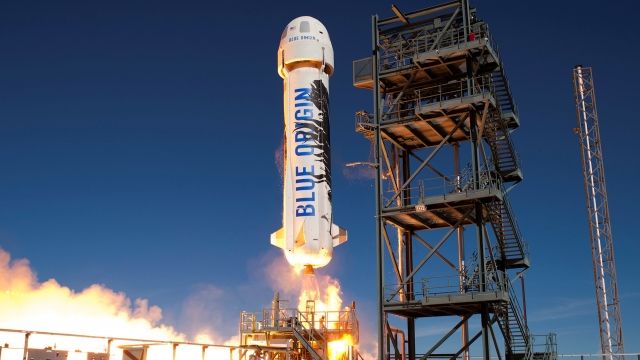 The Blue Origin New Shepard rocket completed its second launch and landing, making it the first rocket to be used twice.

Blue Origin hit this milestone before its main rival, SpaceX. But SpaceX did successfully land one of its Falcon 9 rockets last month.

And SpaceX CEO Elon Musk has different goals for the Falcon 9 rocket.

That rocket went all the way to orbit, which is twice the distance Blue Origin's rocket traveled. Plus, it needed to reach considerably faster speeds to get there.

Not to mention, the Falcon 9 is considerably larger since it's intended to be used for things like supply-runs to the International Space Station.

In a blog post, Blue Origin founder Jeff Bezos said it plans to scale up the rocket's size. It's currently three years into development on its first orbital spacecraft.