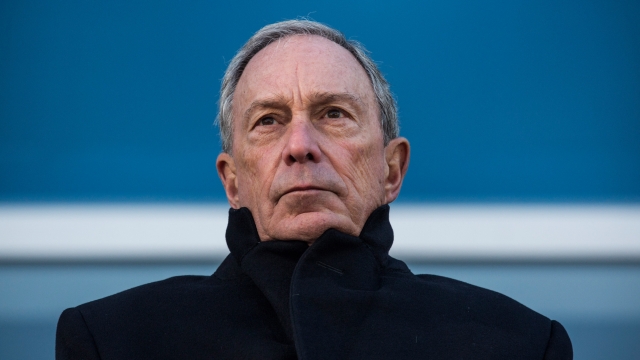 Democratic presidential candidate Michael Bloomberg has unveiled a sweeping plan aimed at cutting emissions in the U.S. It would replace all 251 of the country's remaining coal power plants with clean power, while diminishing the natural gas sector.

"So far, we have retired 299 out of 530 coal plants across this country. And we have a commitment to retire all of them by 2030 and I think given what's happening across the country and the public's understanding of the damage that these plants are doing, not just to the long-term climate change but to the short-term environmental issues, that the water we drink and the air our kids are breathing, and that sort of thing, this is not an unreasonable goal," said Bloomberg.

Bloomberg unveiled the plan on Friday, adding that this is the first of several plans with the intended goal of slashing emissions by 50% in 10 years, and ultimately "[propelling] the country towards a 100% clean-energy future" by 2050.

He said: "The president refuses to lead on climate change, so the rest of us must. I’ve been all in on this fight for more than a decade ... I know that we can win. We’ve proven that you can transition to clean energy and strengthen the economy at the same time. As president, I’ll accelerate our transition to a 100% clean energy economy."

Some of the specific goals of his plan include: ending all taxpayer subsidies for fossil fuel companies, prohibiting new fossil fuel leases on federal lands and reversing the Trump administration’s rollbacks of clean air and clean water rules.

Bloomberg did not reveal the potential costs of this plan, but the Associated Press reports officials from his campaign said that he plans to start releasing cost estimates in the coming weeks.