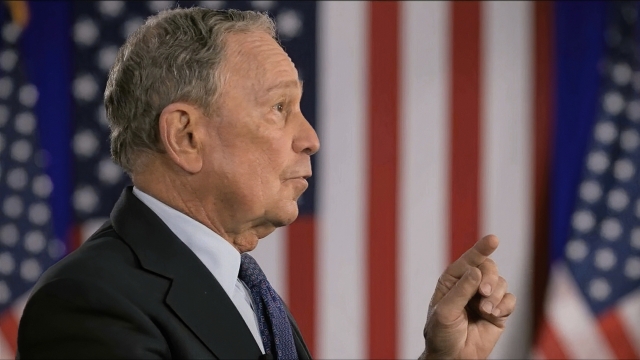 Michael Bloomberg is pledging over $100 million to help flip Florida in Joe Biden's favor in the 2020 presidential race.

The billionaire's contribution comes just days before early voting begins in Florida — which if the Democrats win, would complicate President Trump's chances at a second term.

Republicans have considered Florida a confident win in November following a strong showing in 2016 and several GOP victories in 2018. However, the latest NBC/Marist survey shows a dead-even race for president.

Word of the $100 million donation put President Trump on the offensive — he responded by calling the former mayor of New York "Mini Mike" and mocking Bloomberg's spending and debate performance as a presidential candidate during the Democratic primaries.

Despite spending over $1 billion on his campaign, Bloomberg did not fare well on Super Tuesday, failing to win a single state.

He dropped out in March, endorsed Biden and pledged to spend "whatever it takes" to oust President Trump ... who, he says, has a... quote... "lack of civility that I think is bad for the country and I find offensive.”

Bloomberg has contributed $2.5 million to efforts registering Latino and Black voters in Florida, as well as another $60 million to flip more House seats to Democrats.