Bloomberg Promises To Help Pay For The US' Paris Climate Commitment 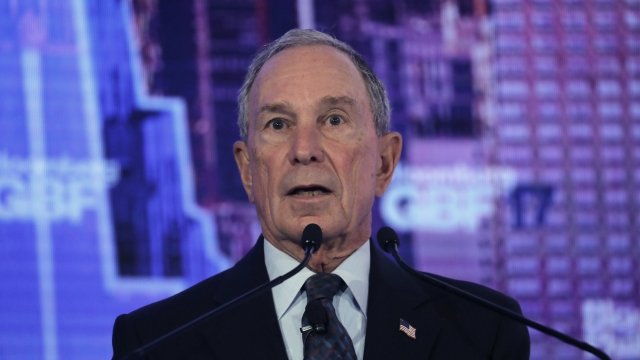 SMS
Bloomberg Promises To Help Pay For The US' Paris Climate Commitment
By Ethan Weston
By Ethan Weston
April 22, 2018
He committed $4.5 million on Sunday.
SHOW TRANSCRIPT

The agreement was struck while President Barack Obama was in office, and 195 countries committed to reducing their carbon emissions.

But President Donald Trump announced last year that the U.S. would be withdrawing from the agreement, citing an unfair burden on the U.S.

Bloomberg has been a vocal advocate for the Paris accord. He helps lead a group of state and local institutions from all over the country in an effort to make sure the U.S. meets its emissions goals, even if it's not formally part of the accord.