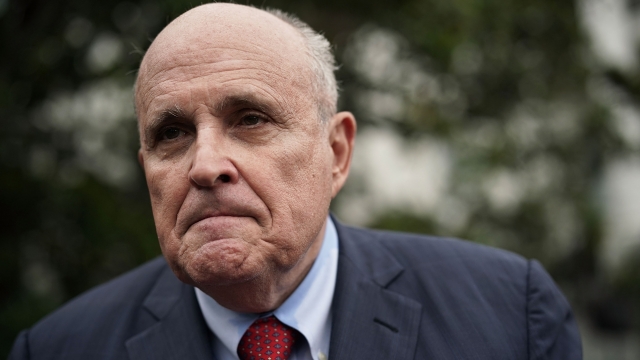 President Donald Trump's personal attorney Rudy Giuliani is being investigated by federal prosecutors over possible campaign finance violations and failure to register as a foreign agent, according to Bloomberg.

One official told Bloomberg that investigators may also look into whether Giuliani illegally bribed foreign officials.

Another official said there are also counterintelligence concerns, but "there probably wouldn't be a criminal charge related to that."

A former federal prosecutor told the outlet she wouldn't be surprised if Giuliani is indicted.

Federal prosecutors have also been investigating for about a month whether Giuliani broke lobbying laws while dealing with Ukraine.