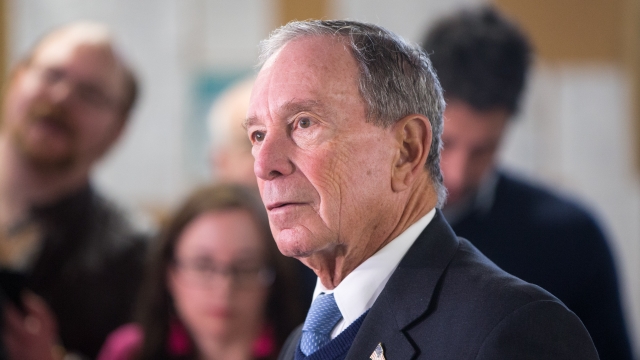 Bloomberg has not made a final decision on whether he'll actually run for president. The 77-year-old said earlier this year he'd decided not to. If he does join the race now, that could shake things up for the nearly 20 Democrats already fighting for the nomination.

Bloomberg is the founder of Bloomberg L.P. and Bloomberg Philanthropies. He also served as New York City's mayor from 2002-2013.

NBC News reported an "expanded Management Committee" would run the company for Bloomberg if he runs for president.

Bloomberg has criticized President Donald Trump and does not want him to win re-election. An adviser said earlier this week that Bloomberg is worried the Democrats already in the race can't defeat the president. But on Friday, President Trump told reporters that Bloomberg can't, either.

"I've known Michael Bloomberg for a long time," President Trump said. "You go back early on, he said a lot of great things about Trump. But I know Michael. He became just a nothing, he was really a nothing. He's not going to do well, but I think he's going to hurt Biden, actually, but he doesn't have the magic to do well. Little Michael will fail."

"Michael's a solid guy, and let's see where it goes," Biden said. "I have no, no problem with him getting into the race."

But Bloomberg has faced criticism from Sens. Elizabeth Warren and Bernie Sanders, who say he will try to buy the presidency.

Bloomberg filed in Alabama first because it has the earliest filing deadline in the country, which was Friday. Filing deadlines for New Hampshire and Arkansas are also coming up next week.