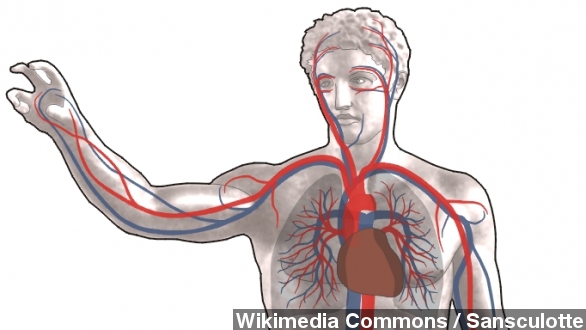 It sounds kind of bizarre, but researchers say blood from one of the world's oldest women gives new clues about a human's "life limit."

Before her death in 2005, Henny van Andel-Schipper of the Netherlands was the oldest woman alive. She lived to be 115 and 3 months old. (Via RTV Drenthe)

Surprisingly, though, when she died her brain was still in good shape — no sign of Alzheimer's or other diseases typically associated with old age. (Via CNN)

So what led to her death? Researchers now say it might have to do with dying stem cells.

Let us put that in context for you. Blood stem cells are what your body uses to replenish your blood. Humans are typically born with around 20,000 of these cells, and on average about 1,000 work to keep your bloodstream pumping. (Via Wikimedia Commons / Sansculotte, Sky News)

But this study suggests over time our stem cells weaken and die out, which, as a writer for New Scientist points out, might actually limit the ability of your stem cells to replenish your tissues.

"Once the stem cells reach a state of exhaustion that imposes a limit on their own lifespan, they themselves gradually die out and steadily diminish the body's capacity to keep regenerating vital tissues and cells, such as blood."

Although it's not known for sure whether van Andel-Schipper died because of this exhaustion, this study does reveal her white blood cells were mutated, leading scientists to wonder if some genetic mutations are actually harmless. (Via International Business Times)

And as the International Business Times says, it could mean, "​Genetic mutations may hold the key to a long life."

The researchers, whose findings were published in the journal Genome Research, say more studies are needed to investigate whether dying stem cells can cause death at extreme ages.