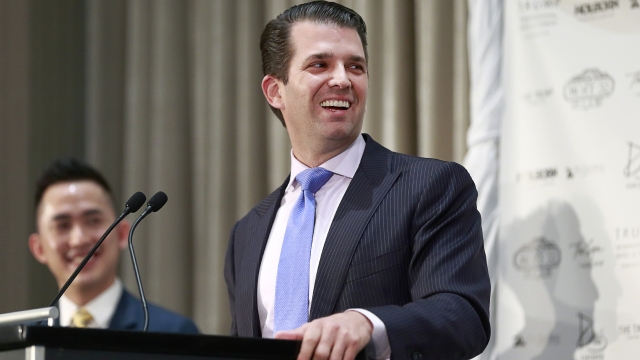 For some background: in 2017, Donald Trump Jr. admitted he took a meeting with a Russian lawyer during his father's campaign on the pretext of getting damaging information on Hillary Clinton.

That "Trump Tower meeting" became a focus of several congressional and federal Russia investigations, including the Senate Intelligence Committee's.

They were interested in finding out the source of two blocked numbers on Trump Jr.'s phone records ahead of the meeting.

Some Democrats had suspected they could've belonged to then-presidential candidate Donald Trump.

But according to media outlets, the intel panel received records showing the calls in question were with Trump Jr.'s business associates.

President Donald Trump tweeted about the news Thursday, saying the mysterious calls "were just conclusively found NOT to be made to me."

So far, congressional leaders haven't publicly confirmed or commented on the reports.