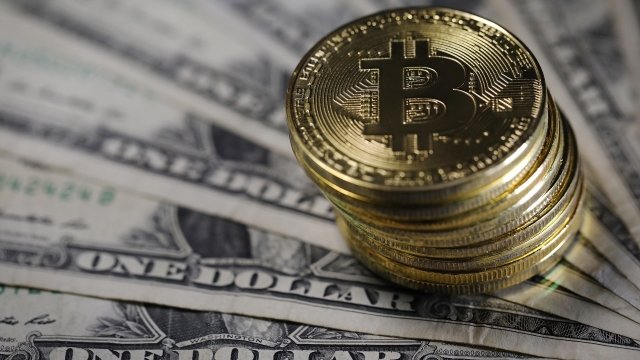 You've probably heard of Bitcoin, the much-hyped cryptocurrency. But if you're like most people, you might not understand it. It's obscure. Can't be seen or touched.

Here's what you really need to know. Bitcoin is built on an underlying structure called a blockchain. This technology can be used to securely share all kinds of information — yes, financial transactions, but also medical records, biographical data. You name it, it's out there.

While the the tech involved is cutting edge today, blockchain can actually be traced to 1976, when a paper suggested a group of independent systems, not just one central nerve center, keeps track of transactions. It wasn't until 2009 when Bitcoin brought blockchain to life.

Honestly, when you talk about this and read about it, terms get thrown around a lot, like "hash" and "previous hash" and "validation" and "mining." But the system makes pretty good sense when you set aside the jargon. 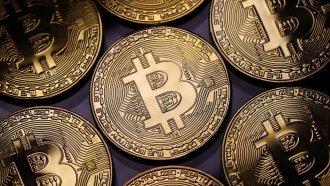 Think of a blockchain as a big city's street sewer system: lots of connected blocks where water flows, all exchanging that water (or information) underground.

If you take the case of a transaction involving, let's say, 100 Bitcoins, the blockchain would work like this: 100 gallons of water flow into the "block-shaped" tank.

That "block" has a unique identifier — a digital fingerprint — a timestamp. Insiders call this point of origin the "genesis block."

The 100 gallons are now ready to be transferred down the way.  Luckily, there's a pipe connecting the two. This pipe is the "chain" in "blockchain."

The job of the second block is to confirm it received the delivery in full and then mark it again with another unique identifier. This process repeats itself over and over and over, storing the transactional data in blocks all over the city. That way, everyone has access to the information.

Just like the sewer grid of Manhattan, above ground, computers serve as the nodes in the blockchain. They're connected all over the globe. They're all chained together, verifying the flow of information and money and data points around the clock.

So that's a blockchain in a nutshell. A system of blocks, each containing information, each one chained to the next. It's been called the "backbone of a new type of internet." What it's never been called is simple.