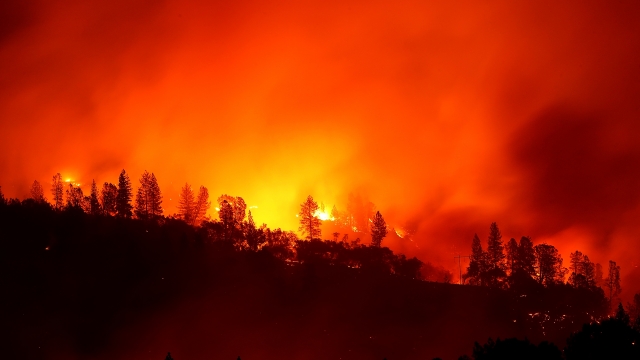 The barriers are made by reducing vegetation and are intended to save forests as well as the lives of firefighters.

A federal agency is planning to create 11,000 miles of fuel breaks in the Great Basin to control wildfires.

Fuel breaks are made by reducing vegetation to slow down fires — saving forests and potentially the lives of firefighters.

The Bureau of Land Management said Friday it will create the breaks in parts of the California, Washington, Oregon, Idaho, Nevada and Utah wilderness.

While some scientists have debated the effectiveness of fuel breaks, the BLM says it's found that 78 percent of them have been effective in containing forest fires.

The agency adds that wildfires have devastated 13.5 million acres in the planned area between 2009 and 2018 and have become larger and more common in recent years.